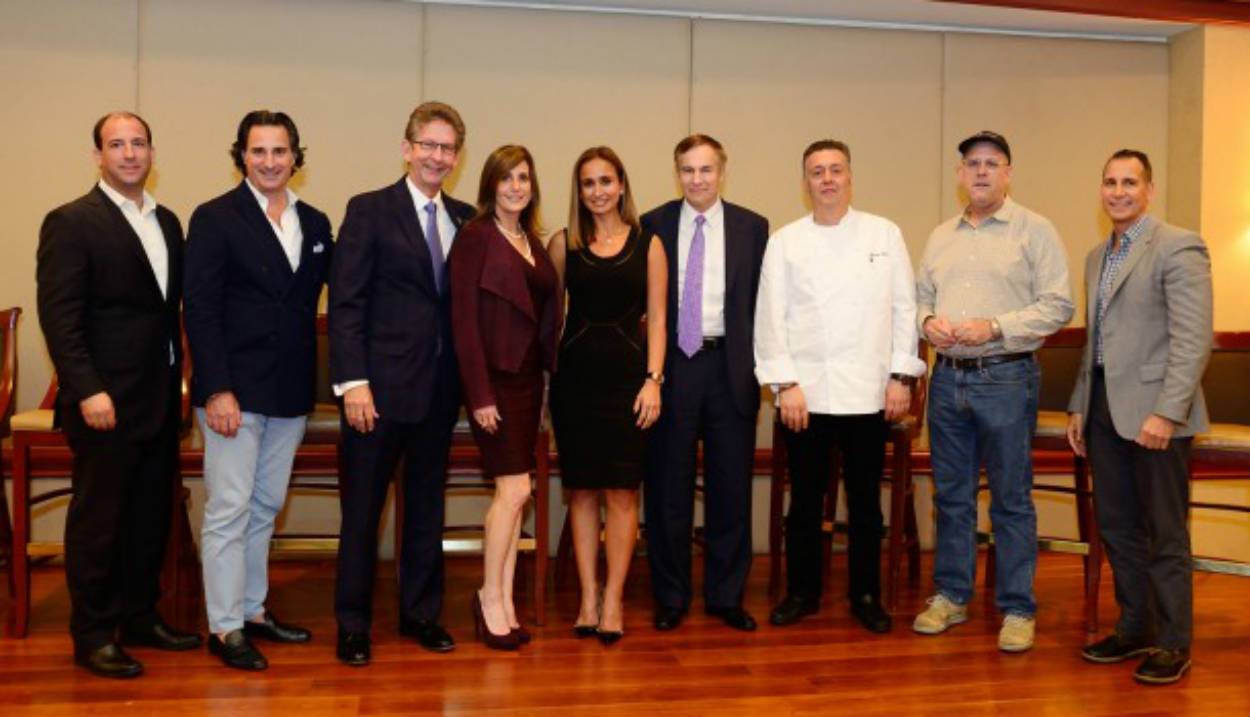 Fort Lauderdale is seeing a major wave of residential construction projects, many of which are attracting buyers moving from western Broward suburbs. Lifestyle Media Group, which includes SFBW and Lifestyle magazines, convened a panel of top developers and restaurateurs to talk about what’s behind the trend and how the scene differs from east to west.

The talk and networking event was held at Weston Hills Country Club and the discussion was led by Gary Press, chairman and CEO of Lifestyle Media Group. The following Q&A has been edited for brevity and clarity.

Andy Mitchell, president and CEO of Fairwinds Group, one of the developers of Auberge Beach Residences & Spa

While Miami seems like it may be peaking, Fort Lauderdale and Pompano Beach are white hot right now in terms of consumer interest. What are the factors behind that?

Deckelbaum: Fort Lauderdale has been a historically underserved market for real estate. This is the first time in a decade that there have been this many projects.

Roy: The quality is more affordable for a better project. People right now are very conscious about their dollars. The same project would be double the price in Miami.

Zarbatany: I relocated a year ago from Montreal. Miami may have slowed down a little, but it will become as big as New York. In Fort Lauderdale, you look at the ocean and it’s the same sand. The price point and limited inventory in Fort Lauderdale create an opportunity. There is the culture and museums. I never thought in a million years I would live in Fort Lauderdale, but now, you can’t get me out.

Fucci: The uniqueness of Fort Lauderdale. We have a fantastic natural market. We see people moving from the west to the east.

How much of the trend of people moving east is being fueled by demographics, such as baby boomer empty nesters?

Mitchell: I think people are saying, “I’m looking for something new that’s close to the beach.” I’ve talked to some people who are looking to take their kids to a beach that’s safe. People in Fort Lauderdale care deeply about the quality of life. We are seeing empty nester and widows – people in life who say, “I have a big house and want to move into a smaller residence.”

Deckelbaum: That changing demographic is not just reflected in who is moving here, but also the number of employers entering here. We are seeing more companies relocating to downtown Fort Lauderdale – not just locally, but nationally. Young people are staying and there is more to do. The schools are getting better.

Fucci: The international market is also coming up for us. We have buyers from at least seven different countries that have bought at Paramount.

Is traffic a big issue?

Ballon: I don’t think traffic has been a big influencer.

Zarbatany: Everything is within walking distance. I don’t see anyone saying we need parking and a car.

Roy: Walking distance to the beach is a big selling point. You can walk to the office. People are going with golf carts.

Mitchell: We have one big problem in Fort Lauderdale: Everybody loves it. We have 100 consecutive months of tourism increases. I would rather have pressure on real estate driving values up vs. living in another area where you have no traffic and have problems selling.

Tell us about the allure of walkable areas.

Fucci: The No. 1 amenity people want is walkability. When you look at Fort Lauderdale, not only do we have walkability, but we have proximity. Everything can get done in 15 minutes or less. Traffic is not bad compared to other cities.

Ballon: Pompano Beach is building a parking garage and 40,000 square feet of restaurants on the beach. We have walkability seven blocks north of Atlantic Boulevard on A1A. People love it.

Deckelbaum: Fort Lauderdale is easy to walk around. If you live in New York or D.C., if you go half a mile, you walk. In Florida, you always in get in your car to go half a block. We are seeing that change.

Miami has gotten a lot of foreign investment buyers who may not live in their units at all. What is it like in Fort Lauderdale and Pompano Beach?

Zarbatany: At least 50 percent are investors that are coming in. We are getting them from all over. It’s hard to pinpoint what your biggest market is.

Roy: We are building for the boomer. Only 20 percent are foreign. It’s 80 percent local. It’s the opposite of Miami.

Fucci: Paramount has foreign buyers, but they are different than the typical investor who buys in Miami. They are flying in on private planes at Fort Lauderdale Executive Airport. They may have their yacht here or their business here. They go to YOLO in their flip-flops. They are not interested in showing off, which is the different thing about Fort Lauderdale

Mitchell: At Auberge Beach, 90 percent of the people purchasing are within 30 miles of the project.

What are the amenities people want?

Roy: They want the best appliances and the prime view.

Zarbatany: People are looking for hotel service. They are willing to give up the space for the amenities. They want to be able to order from a restaurant. They want their life made simple.

Deckelbaum: We have to make the space more efficient. They are giving up the yard, so we have to have the outdoor space and amenities.

How big of a draw are star architects and interior designers?

Deckelbaum: People care more about the quality of design rather than who did it. Star architects have value in reaching out to people and getting them in the door.

Ballon: Being that we are one of the newest properties that Pompano Beach has seen, having the brand of Interiors by Steven G and Arquitectonica lends to that credibility story and creating that comfort for buyers in a new market.

Fucci: Everybody here is using a fantastic architect. We are not Miami. We don’t need the super-fancy names.

Zarbatany: The Ocean used to be the Trump Building and was a Michael Graves design. It had a very small impact. A brand name in Fort Lauderdale is not necessary.

Mitchell: The challenge we have is whether what you see will soothe your soul. When you achieve that, you create something that is bigger than the sum of its parts.

How does the restaurant scene differ from west to east?

Petrillo: I think it changes because of the demographics. There are more families in Weston. On the east side of downtown, you have a dramatic increase in tourism. People not only want to dine, they want to be entertained. The alcohol flows a little more on the east side of town. People tend to be a bit more ambitious on the menu.

Wolf: People Yelp us and drive us nuts with that stuff. You have social media and Food Network. Everybody is a chef and everyone knows how to open a restaurant.

What are some of the hot trends?

Petrillo: People are so much more educated than they were before. Food Network ratings are though the roof. People enjoy food and tasting and the experience. What’s driving it is pushing the envelope on food and creating a unique space.

Elia: When I go out in New York or Italy, they think the new trend is the old trend. The old restaurant is coming back –
the sit-down dinner with a great bottle of wine and the veal chop. I think the best food is the great food.