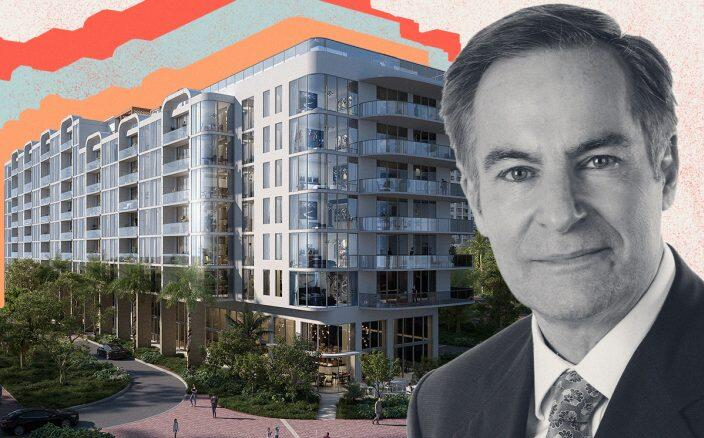 Developer changed project to condos because of surging construction costs

Fort Lauderdale-based Ocean Land, led by founder and CEO Jean Francois Roy, said that construction costs for the 94-unit building were 40 percent higher than originally priced. That prompted the switch to condos for the project planned for 501 Southeast Sixth Avenue in Fort Lauderdale, as did demand for luxury condos in the area.

Developers have been grappling with soaring construction and insurance costs, which could continue to rise following Hurricane Ian.

The waterfront Sixth & Rio development will mark the first new condo project in the Rio Vista neighborhood in over a decade. It was previously called Aviva on the River and is on the south bank of the New River.

The sales team includes Peter Barkin; Joanna Berg, who recently worked on sales at Aurora in Sunny Isles Beach; and the developer’s daughter, Stephanie Roy, Butler said. They’ll target buyers who are downsizing, younger buyers looking for new condos in the neighborhood and those outpriced by rents, which she said are now about $4 per square foot.

The condos, which will be delivered finished with Sub-Zero and Wolf appliances, will be limited to rentals of at least three-months — which means short-term rentals won’t be allowed. The building will include a rooftop swimming pool and cabanas, a fitness center, co-working space, and a cafe/restaurant.

Ocean Land could break ground on Sixth & Rio in the first or second quarter of next year and complete the building within 20 months of groundbreaking, Roy said.

Ocean Land paid $11.3 million for the former Edgewater House condo in July of last year and later demolished the building. Trammell Crow was previously in contract to buy the site but failed to secure approval for a much taller, 21-story tower, on the property. It’s across the water from Icon Las Olas, the Related Group’s luxury rental tower.

Though few new projects have been completed in Rio Vista, developers have been targeting downtown Fort Lauderdale. More than 40 projects with 15,000 condos and rental units are in the works downtown, adding to thousands of others that have been built over the past several years.