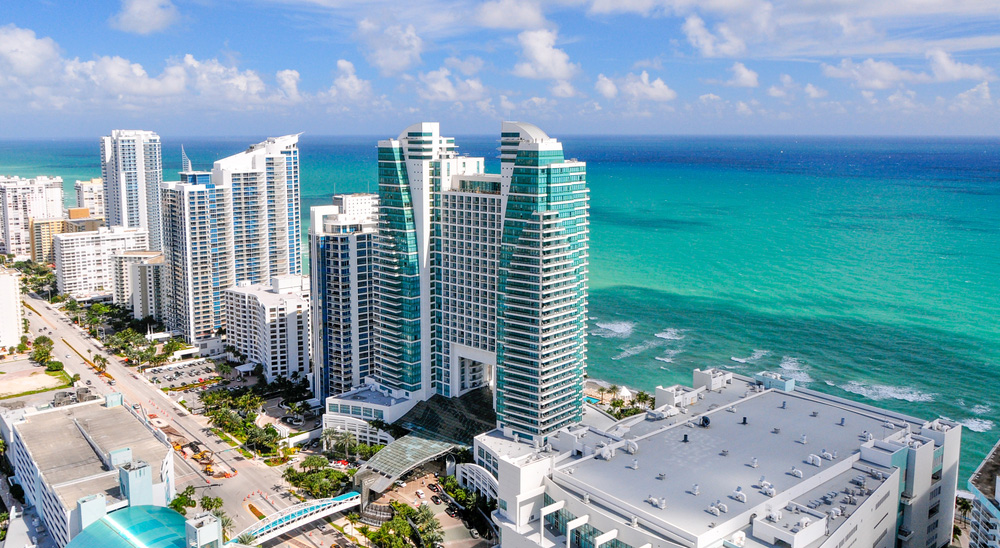 As prime development sites become scarce in many parts of the country, particularly in coastal areas like South Florida, condominium developers are becoming more creative in their efforts to secure buildable land.

More builders nowadays are targeting existing condos and cooperative buildings in desirable locations with the intention of tearing them down and building anew, analysts said.

So-called bulk purchases, in which a buyer negotiates with individual owners in a condo and then buys all of the units at once, are becoming more common. But the logistics for such transactions are challenging—and the ultimate price tags can swell as a result, experts said.

Consider Miami-based OKO Group LLC, which last month purchased 25 Bay Tower, an 11-story condo in Miami, for $48 million through its division, Miami Waterfront Ventures LLC. The property is located on an acre of prime land on Biscayne Bay.

OKO plans to demolish the 44-year-old building and replace it with a 48-story, 143-unit luxury condominium with spectacular waterfront views and easy access to the Brickell financial district of Miami as well as Miami Beach.

But to consummate the bulk purchase, OKO had to negotiate separate purchase agreements with each of the 61 unit owners, a process that stretched over five months.

“The property is on one of the best streets in Miami, and it’s probably the last 150 feet of waterfront property, so it’s an amazing location,” said Vladislav Doronin, chairman of OKO Group. “In Miami you cannot buy waterfront right now because so many people are investing, and it’s not easy to find a good location. So you have to deal with complicated transactions to get a good site.”

Mr. Doronin’s Moscow-based development firm, Capital Group, has developed 71 projects totaling over 70 million square feet. He said he has already received an offer from a third party interested in purchasing the property, but has no plans to sell it.

Gerard Yetming, a senior vice president of CBRE Group Inc. in Miami who brokered the bulk acquisition deal, said these transactions are difficult to pull off.

‘Developers are incurring additional time and expense to acquire parcels with multiple owners and existing structures.’

“First, not every unit owner is going to want to sell, and even if they did, some are going to play a game where they try to figure out if they’re getting a good deal in relation to their neighbors,” he said. “That’s where things break down.”

Making matters trickier: some condominiums are structured so that 100% of the owners must agree to a sale before it can be completed. That often makes it difficult for older condos to sell to developers and capitalize on rising property values.

In 2007, the Florida legislature enacted a new law that made it easier for such condominiums to terminate. Now, unless the governing documents provide otherwise, unit owners can terminate the condominium association upon an 80% vote, unless 10% object. But the rules only apply to condominiums established after July 1, 2007.

“The legislature tried to help the older condominiums, but the courts have held that the change in the law cannot be applied retroactively,” said Mark F. Grant, a lawyer who is chairman of the real-estate department at Greenspoon Marder PA in Fort Lauderdale, Fla.

One way to ensure all owners agree to the buyout of a condominium or cooperative building is to make them an offer they can’t refuse.

Jean Francois Roy, president of Fort Lauderdale-based development firm Ocean Land Investments Inc., said he offered the 16 owners at the 920 Intracoastal Co-op Association five times the fair market value of their units to entice them to sell their co-ops, built in 1956. The co-op board previously tried to sell the two-story property but was unable to secure support from a majority of the building’s owners. This time, however, 100% of the unit owners agreed to sell, according to Don Andrews, the association president.

Mr. Roy closed on the $9 million land purchase on Sept. 30 and plans to build AquaBlu, a 17- story, 35-unit waterfront condominium with prices ranging from $1.4 million to $3.8 million.

“Most of the land already has been developed down here, so you have to be a little creative,” Mr. Roy said. “We’re targeting old co-ops. Many of these old buildings are falling apart due to their age, but the value of the land is way more important.”