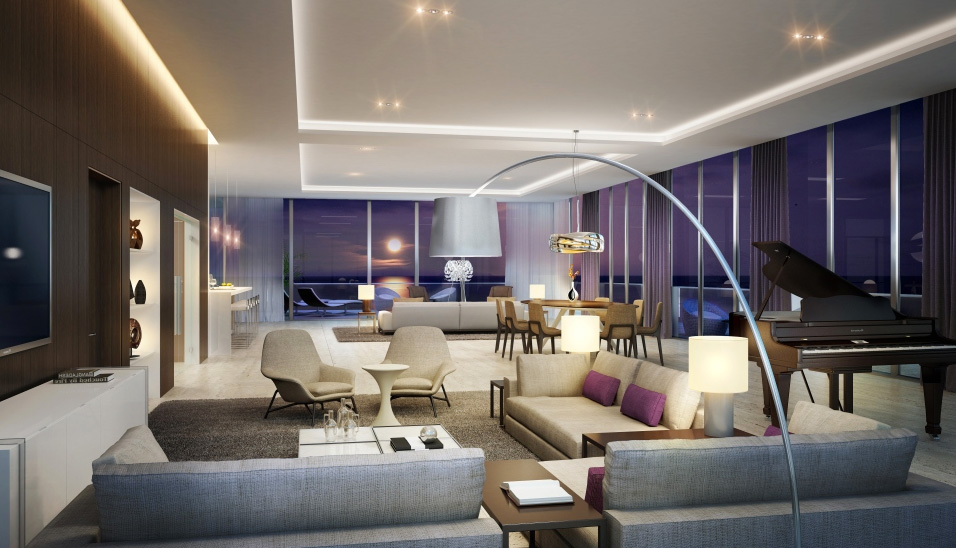 Developer Ocean Land Investments has completed the first of at least six new condo projects announced for waterfront sites in the Downtown Fort Lauderdale and Beach market since this South Florida real estate cycle began in 2011.

Transactions in the newly completed AquaVita Las Olas condo project, composed of a pair of five-story buildings with a total of 22 units located on Hendricks Isle in the Las Olas Isles neighborhood situated between Fort Lauderdale’s Downtown and Beach, began to be recorded on Sept. 4, according to Broward County records.

To date, buyers have taken title to five new condo units in the project developed by a Florida corporation led by Jean Francois Roy and Dennis Eisinger for a combined $5.8 million, for an average transaction price of less than $465 per square foot as of Monday, according to government records. (For disclosure, Ocean Land Investments has marketed its new projects with my firm’s preconstruction condo website CraneSpotters.com.)

Individual unit sales in the AquaVita Las Olas project have transacted at prices ranging from less than $1 million to nearly $1.4 million as of Monday. On a price-per-square-foot basis, the developer’s sales have ranged from less than $430 to as much as $490, according to government records.

Currently, one condo unit in the AquaVita Las Olas project is available for purchase at an asking price of nearly $2 million — or $743 per square foot — on the Multiple Listing Service database as of Monday, according to data from the Southeast Florida MLXchange.

The AquaVita Las Olas is the third new condo project — along with the 12-unit Adagio On The Bay and the eight-unit Cymbrinas Cay — to be completed in the Downtown Fort Lauderdale and Beach market, where developers have announced 49 new condo buildings with more than 3,150 units since this current real estate cycle began more than four years ago, according to the preconstruction condo projects website CraneSpotters.com.

Based on the new units announced, the Downtown Fort Lauderdale and Beach area is the third most active area east of I-95 in the tri-county South Florida region of Miami-Dade, Broward and Palm Beach as of Monday, according to CraneSpotters.com.

Overall in South Florida, developers have now completed 43 new condo buildings — including the two-building AquaVita Las Olas project — with more than 3,665 units located east of I-95. The new South Florida condos completed to date represent about 8.4 percent of the more than 43,850 units announced for the tri-county region during this cycle.

At least 110 new condo buildings with more than 10,875 units — nearly 25 percent of the overall South Florida total — are currently under construction.

An additional 221 new condo buildings with more than 29,300 units — about 67 percent of the overall total announced for this cycle — are currently in the planning or presale phase of development in South Florida, according to the data.

For Ocean Land Investments, the focus is now on finishing up the construction of a pair of new Isle Of Venice Drive condo projects — the AquaLuna Las Olas with 16 units and the AquaMar Las Olas with 20 units — in the Las Olas Isles area. with eight units and the AquaBlu Fort Lauderdale with 35 units — are currently in the planning and presale phase of development in the Downtown Fort Lauderdale and Beach area.

The unanswered question going forward is whether other developers will attempt to tap into this market of building new boutique condo projects in the Downtown Fort Lauderdale and Beach market given the apparent success being experienced by Ocean Land Investments.