Smaller Tubs, Bigger Windows: Tracking the Trends for Your Bathroom 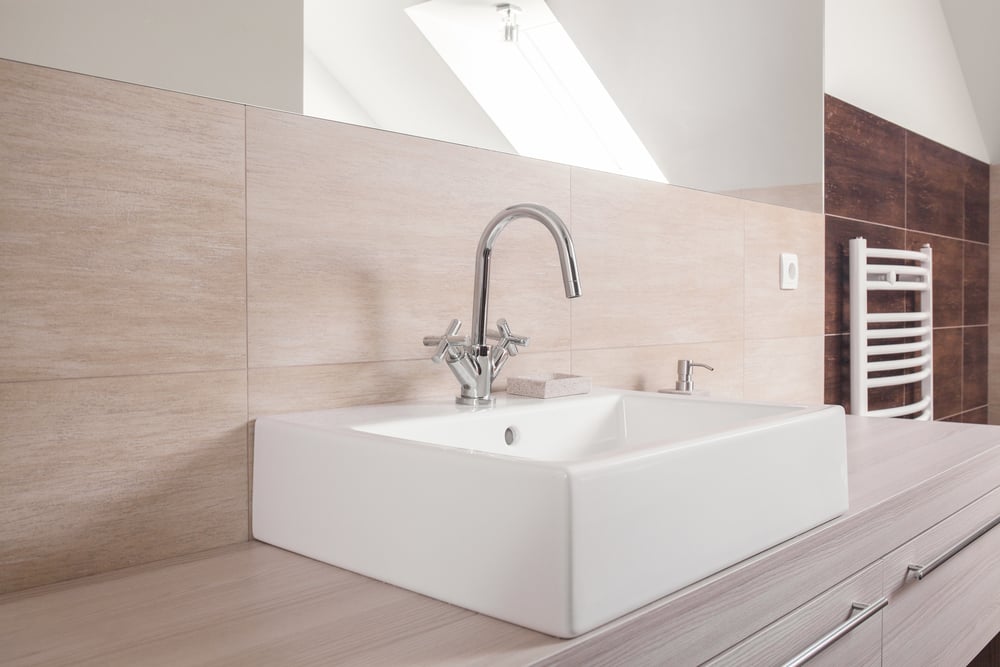 Years ago, home design professionals borrowed the spa concept from swank hotels and resorts to give the bathroom a soothing ambience, even if its occupants couldn’t steal away. Now, another metamorphosis is underway. New York architect and designer Anjie Cho has found that some clients who travel frequently no longer want to be reminded of a hotel at home. They seek more personalized style, she says. Carolyn DiCarlo, also a New York architect and designer, agrees and says more homeowners view the room’s purpose as a place to shut the door and enjoy their own personalized daily rituals. And though some may equate this space with excessive energy and water consumption, Los Angeles designer Sarah Barnard thinks the room has become more environmentally sensitive, particularly in California where stricter guidelines already are in place. “The bathroom can still offer a luxurious experience, but in a much more responsible way,” she says. Here’s what else our trends spotters are saying, along with what’s now passe:

Don’t toss the bathwater, yet. Big whirlpools that require being encased along perimeter walls are fading from popularity since many homeowners find them a maintenance headache, noisemaker and space guzzler. But not everyone wants only a shower if there is adequate square footage. The free-standing tub, often curved, has taken off when there’s sufficient space all around, though it’s impractical for some seniors. Another possibility, says Cho — deep soak tubs for total immersion.

Expand the shower but not too much. The notion of two-person showers generated buzz years ago, but the reality is that many simply want a large enough shower for one — and not too large, says DiCarlo. She finds that larger than 4 feet by 5 feet eliminates the warm, nestling feeling of a shower. The panoply of jets and sprays has also been scaled back with emphasis on a big rain head for a more functional luxuriating experience, says Barnard. Cho prefers hand-held shower heads, sometimes on a bar. She also likes to include a built-in bench and a niche for bathing products. And shower door hardware is being scaled back or removed, with some only installing a single fixed panel, says Clendenon. “It cuts cleaning, though it also cuts warmth, and you can’t do a steam shower with it,” she says.

Float the vanity. Creating a sleeker look, which also makes any size room look larger and pares maintenance, has spurred the popularity of wall-mounted, floating vanities rather than floor-to-counter cabinetry. This style offers another plus: For baby boomers beginning to think about aging in place, it permits greater accessibility with room underneath to accommodate a wheelchair, says Barnard. She favors wood or faux wood materials in a light maple, birch, alder or white oak. Caveat: A floating vanity requires good bracing; otherwise, countertops may sag, says Clendenon.

Introduce color and texture, but judiciously. While white still ranks as the No. 1 palette choice, including for tile grout, more designers are suggesting variations in creams and grays. The exception — a new trend — is a touch of bolder color for a personalized touch. Barnard suggests blue and purple to bring in the outdoors but says to limit the application. “Pick one dominant element in the room for the addition of color such as one tiled wall,” she says. Luxury textured finishes are gaining a following. DiCarlo suggests rich mahogany or walnut cabinetry; resin for tubs and sinks instead of cast iron or enamel; and bronze, gold and tinted glass accents. Clendenon prefers impervious materials like natural quartz Silestone from Cosentino.

Barbara Ballinger is a freelance writer.

On the way out:

2. Dozens of shower jets and sprays, some of which rarely get used.

5. Mirrored walls that lack interest and have a cookie-cutter look.