Ocean Land Investments, Inc. is a family-owned business dedicated to creating exceptional developments in highly desirable locations. During our more than 30-year tenure in South Florida, we have achieved an enviable record of success and an unsurpassed reputation for integrity. Having assembled an outstanding portfolio of quality properties, we are regarded as specialists in South Florida’s sought-after waterfront market. 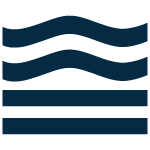 When our founder, Jean Francois Roy, started his career as an accountant for Arthur Anderson in 1977 in Canada, he began purchasing distressed foreclosure properties, with some of his high-net-worth accounting clients as investors, to create tax shelters. In that era, Quebec was trying to secede from Canada and the business environment created a unique opportunity to jump into the depressed real estate market. With that, Mr. Roy’s development career was launched.

Following his term with Arthur Anderson, Mr. Roy began purchasing apartment buildings in high-end neighborhoods such as Westmount, Canada.  In 1983, he founded Carex Services, which purchased, developed, and managed multiple senior housing projects in sought-after neighborhoods. At its peak, Carex had more than 1,000 employees and had developed 1,762 independent living, assisted living, memory care, and nursing care units. It was an example of a career marked by anticipating trends before most. In this case, high-end senior living.

In 1990, Mr. Roy sold-off his portfolio and at the age of 36, moved to Florida with the intent of replicating his successful model. OceanLand was founded. After moving to Florida, Mr. Roy started purchasing nonperforming loans on oceanfront property from Miami to Palm Beach during the U.S. savings and loan crisis. Sensing the market was more receptive to condominiums than to senior housing, he petitioned local governments for zoning changes that would allow 1950s-era motels to be redeveloped as high-rise condominiums. He was one of the pioneers of a trend that defined South Florida luxury high-rise residential real estate.

From 1990 to 2008, Roy built and sold multiple high-rise condominiums across the Florida coast. During the Great Recession, again moving ahead of a soon-to-arrive trend, he searched for non-performing loans and distressed properties, and in early 2013, acquired a property on the Las Olas Isles, where he built the first of five waterfront boutique condominiums in the acclaimed Aqua-series of luxury, boutique condominiums. Geared toward wealthy baby boomers that were downsizing, most of the award-winning buildings were sold out before they were built.

Following the successful completion of the Aqua-series luxury condominium line, Roy honed in on the unprecedented growth in the Fort Lauderdale market acquiring a handful of ultra-prime sites for future redevelopment. Roy’s vision is to optimize the future value of these coveted parcels via development of active, urban multifamily rental housing. OceanLand continues to be extremely active in acquiring prized real estate assets from Miami to Palm Beach, and is excited for its next chapter of growth.